Before the End of All Things, we talked occasionally about Audience, audience appeal, the “rhetoric of play”, and so on. Solidifying your sense of who is playing your game, and why, and (most importantly) how, is a great way to improve coherence and continue focusing the game experience for players.

Apologies for dreadful length and lack of images… I’ll come back to this presently.

Look at the bottom left-hand corner, or top right-hand corner, of nearly any commercial game box, and you will see a recommendation, clear and unambiguous: “AGES 8 UP” or “For Adults” or the inevitable “FUN FOR AGES 10-100!” Have you ever wondered where those labels come from? Or how accurate they are? Who established those standards? Are they ever controversial, or cited (say) in class-action lawsuits against a publisher? At what point in the process does the game designer specify those to the publisher?

They have nothing to do with gameplay, of course: They are there to make the product easier for consumers to purchase. Games are slippery, impossible-to-quantify things; they are expensive to produce; the games market is (traditionally) very lean and seldom lucrative. What’s worse, though: IP longevity.

As consumer goods go, the products in the BOARDGAMES aisle of American superstores are fairly ideal: “Game designer” is not a lucrative profession, so residuals from each sale are nominal. Rulebooks are cheap to print; cards are typically laminated and mass-produced overseas. The plastic pieces inside the thick cardboard box (figures, dice, trays and spinners) will likely outlive all of us, our children, and our children’s children. From the early 20th Century, a narrow profit margin and and pressure from retailers forced publishers to embrace an Ikea-style flat-pack in their retail design.
Barring exposure to water, fire, smoke, or excessive sunlight, those boxes can sit happily in warehouses long after mass production runs.

The thematic content on the cover of that box, and inside it — from subject matter to graphic style to political sensibility — is another matter altogether.

A few games boast content with a long shelf life — think Candyland or Clue — but most games are endowed with a remarkably short shelf life: With content often driven by novelty or timeliness, publishers and retailers both are keen to minimize time-on-shelf (how many copies of the Election 2016 boardgame were sold this year, do you imagine?)

So publishers have learned to give consumers data points in order to help them feel that their unfamiliar purchase will be a good investment. “Ages 8 and up! My family members are all 8 and up! Perfect!”

Except it isn’t, of course: Think of a hypothetical group of players who fit easily inside that “Ages 8 and up!” identifier: Even if they are related and on friendly-terms, a “typical” American boy (age 10), his sister (age 14), and their uncle (age 22) could hardly be more different from one another in terms of literacy levels, physical development, cognitive capacity, socio-political awareness, and so on. Add a diversity of socio-economic and educational experiences, ideological perspectives, and even the opportunity-cost of each player’s leisure time, and it can be a miracle to get them to sit together at the same table.

Obviously, then, “Ages 7+” is not useful to you, the game designer. You need to be far more focused.

How much more focused? That is where you’ll have to depend upon your own good sense (and maybe the advice of a parent, or savvy sibling). I struggle with this, because in my mind, everyone (including myself) is somewhere between 21 and 30 (except for my mother, who is probably 40-something). In my life as a human being, and not a game designer, I have never had to identify “age-appropriate” behavior. With one notable exception (below), the games I build are designed for people like myself, who are 21-30.

The best analog game I’ve built so far, however, was commissioned and designed for a very specific audience — kids, ages 9-12. In that case, the goals of the game (reflowing events in order to achieve specific ends) and the requirements of the game (basic reading skills; an ability to collaborate with peers; an ability to identify group leaders and recognize their authority) were big deciding factors in almost every aspect of the game, from the text to the rules-explainers to the play-testing process itself.
Built first for a number of public libraries, but then modified to scale easily according to different situations and group sizes, the theme of the game was irrelevant to me at first — as were the kind of game bits I’d use and the overall presentation of the game — because the audience particulars were so specific. In fact, because the material was publicly funded, it had to meet certain public education guidelines — which defined my intended audience even further.

In some cases, you are left to “invent” your audience, which gives you freedom, but becomes increasingly challenging as your prototype gets more and more particularizing. In another post, I’ll talk about ways to address that, including an approach I’ve stolen shamelessly from UX: Player personas.

But it is important to understand that your audience lives in every aspect of your game. Just like it does in a newspaper article, a novel, and a movie; just like it does in the shape and color of an outdoor grille, the placement of food on a grocery-store shelf, and the body-shapes of characters in a videogame: The idea of “audience” is encoded in every bit, every atom, of every product.

That is never clearer, though, than when you are building something for a young audience. Which I did. Once.

The final version of this game was called “Burglebotz”. The name looks great on paper (thanks for noticing!), but its real magic is aural/oral: Kids hear the word while the rules are explained near the start of the game and then become animated, repeating the word to themselves for some time and enjoying how it feels to say and hear it).

From the start, the game requires physical engagement from the players. That’s where research into the characteristics of this particular audience made a huge difference. For example, if a card required the player to move forward 2 steps, I found the written phrase “Forward 2” worked reasonably well, but “Go 2 Steps” or “Take 2 Steps” worked better. Before executing their move, the “Forward 2” instruction typically required players to look to their peers or to an adult in order to ensure that they were right to assume that the 2 referred to “steps.” You and I know that intuitively by now, but some of those players were not ready to make that inference without checking with an authority figure. Some eventually quit checking, but others always checked. Since the game was about coordinated movement, this slowed gameplay immensely, causing some players to quickly lose interest altogether. “Go 2 Steps” solved that problem: I liked it less, as it had less of a computer-program-like feel to me than Forward 2, but players clearly understood the immediacy of the imperative “GO”, and adding a unit to the quantity (“steps”) clearly improved player engagement.

But it is probably worth adding one cautionary example: Aiming to keep things colorful and interesting, an early draft of one Burglebotz card asked players to “Dive and Roll” under an obstacle. The first boy to draw that card seemed to regard this particular instruction as manna from heaven: He read the card aloud, and without a moment’s thought, raised his arms above his head in a diving position and then threw himself forward and down with abandon into an abortive sommersault, splaying his limbs and slumping, roughly, loudly, under a bridge we’d built out of lightweight styrofoam and cardboard bricks. As the child rolled over, flailing and beginning to cry, he slapped at the bridge, which promptly collapsed on his head, immediately eliciting cheers from his classmates. Several of the adults in the room pursed their lips or folded their arms to their chests. We agreed that this was a good place to end the day’s play-testing, and the lad — his wrists and forearms turning bright pink with rugburn — was escorted to the nurse.

All of which is my way of saying that carefully, precisely identifying your audience is not merely a means of ensuring an age-appropriate theme: The “signature” or “trace” of the audience for whom you are building your prototypes may well appear in every paragraph and every illustration. If you are thinking carefully about audience, you will find that each and every decision you make will be affected by a sense of who your players are. That’s a lot of fine-tuning, but it can really make a game easier for players to engage.

Let’s imagine that you are creating a game that has car racing as its theme. Cool. Our options unfold before us with rapidity. Consider:

Do you see what happens? “Audience” doesn’t stop at demographic data. Audience carries with it ideas about motivation, sympathies, and experience. If you start by saying “My game’s audience is North American teenagers,” that’s great! But we’ve got to push further and identify things with greater clarity.

Here’s one way to test yourself, and imagine the situation more clearly. Ask yourself:

The social part of “audience” is important. Ask yourself: If one player turns away from the game for a moment to talk with someone in another room, is my precious “illusion of fantasy” shattered when she returns? Or is the game’s “magic circle” more robust than that?

Ask yourself: If two of my players get into an argument about a totally unrelated topic, but then have to engage one another in-game, does my game break? OR is player interaction robust enough to ensure that those tensions, animosities, crushes, antipathies, and so on can actually inform the gameplay?

Imagine there are two players in your game who have just started dating. And — like most people when they start dating — the world seems new and more interesting than it was before. They are both more playful in their conversations (both with each other, and with other people generally); they are more positive, more spontaneous, more generous (of course, it doesn’t always happen this way, but the particulars are immaterial).

Now imagine the moments where these two engage with one another in-game: Moments where one is called upon to make a choice in terms of a penalty to be applied, or in terms of a boon to be granted. Imagine one player makes a mistake and suffers a grave setback: Can your game accommodate the other player’s desire to help — EVEN IF IT ISN’T NECESSARILY IN KEEPING WITH THE WAY THE TWO PLAYERS ARE ‘SUPPOSED’ TO INTERACT?

Scenarios are plentiful: Think of these two (let’s call them Pat and Jacky) engaged with others in a game of Monopoly. Pat is terrible at Monopoly and is quickly bankrupted by Jacky’s opportunistic best friend. What does Jacky do? To some, the relationship between Pat and Jacky is irrelevant to the goings-on at Boardwalk and Park Place. But for many game designers, accommodating that relationship is an imperative! As one game designer frequently writes: “Game designers cannot afford to think of themselves first. Build games for your players, not for yourself.”

Is there a way for Jacky to punish the Best Friend for being a jerk? Can Jacky lend Pat money? Is there room in the rules for Jacky and Pat to become an ad-hoc team for the rest of play? Maybe your rules don’t spell those scenarios out in detail — but the need is to provide for flexibility if they want to push gameplay in a specific direction that you didn’t anticipate. 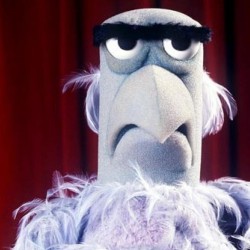