When I tend to brainstorm, my favored method is a spitball of ideas, so allow me to somewhat coherently explain the directions I’m thinking of going. Typically starting with the idea of the aesthetic I’d like to go with and moving forward from there.

One idea that would be a miniature wargame would have to do with a wild western theme with fantasy elements sprinkled in. 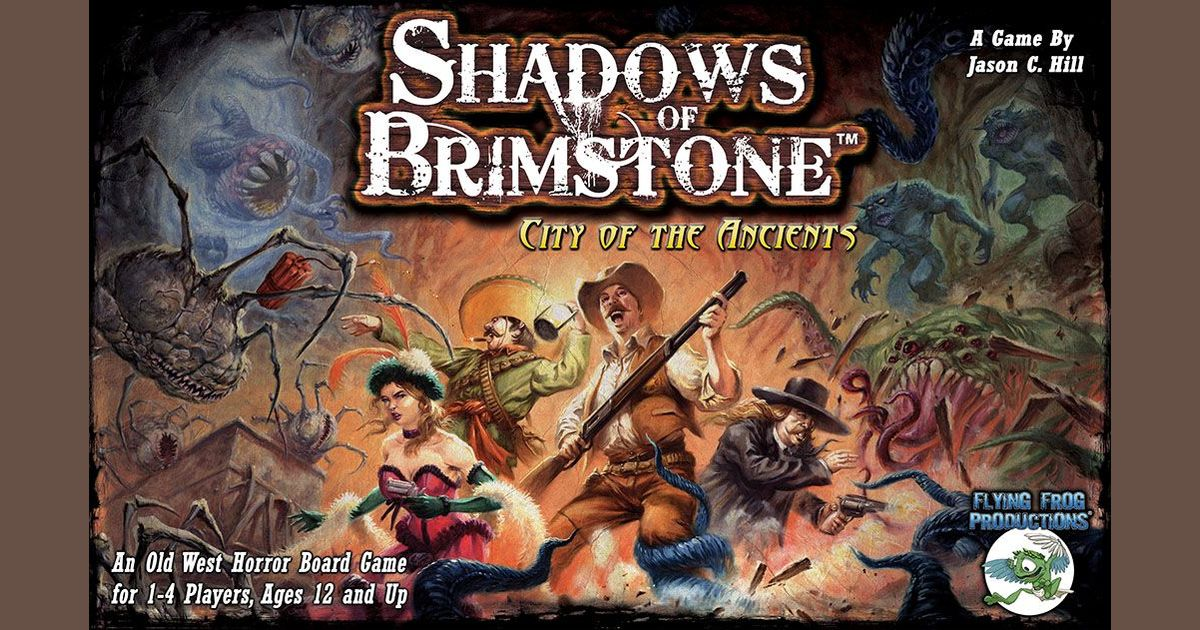 Sort of along the aesthetic lines of Shadows of Brimstone. Rather than having it based on a cooperative circumstance of players battling eldritch horrors, the factions of the game would instead be rival gangs or groups that have made different usages of the magical elements that have sprung up in the setting. This would have some admittedly cheesy, but also fun mashups you could make within the setting. Anything from the infernal daemon worshiping bandits, to those afflicted and or worshiping the eldritch horrors invading their plane, and my personal favorite doctors and morticians taking up the necromantic arts to raise the dead to repel their rivals. I just see a wild array of different relatively interesting factions you could make out of this.

It would likely be more of a skirmish based game rather than a mass army building game like Warhammer. There would be an emphasis on cover and individual unit skirmishes rather than a full army approach. Perhaps turn structure would function in more of a spliced way where instead of commanding their entire armies players would alternate activating one(or multiple given the total unit size of their force, more swarm based armies perhaps would activate multiple) of their units and then their opponent does the same in turn. However games such as this are often heavily dependent on miniatures, I can’t see token based gameplay being incredibly compelling and seeing how none of my group members nor I have a specialty here, perhaps this one may be best left alone.

Another idea that could work well is a climb the tower style game. Wherein you play as RPG antagonists who have been thieved by a rapscallion gang of cocky adventurers. The players would take the roles of a number of “iconic”, and by that I mean stereotypical antagonist characters. Things such as the Lich, Cult leader, Daemonic Warlord, etc using unique abilities to slay pesky hirelings and guards to get through to the top and reclaim the stolen goods.

Mechanically speaking, the game would be on a battle grid system where each floor would have a randomly generated assortment of enemies and such on each floor with a table almost akin to a 1rst edition D&D random encounters, but with set spaces for placing enemies, some floors generate many smaller enemies, and some would have larger “boss” encounters. Though it would also be interesting if there were preset random encounters that could provide more dialogue and comedic bits that could give the game more flavour. This approach though would definitely be much more labour intensive, as well as potentially inhibiting the replay value of the game.

As for the grid something along these lines was what I was envisioning:

Of course with far less squares, but abstractly with the green squares signalling where on this flour the characters would be placed, and red squares, or possibly varying color to indicate strength and or types of enemies that would be generated onto those spaces.